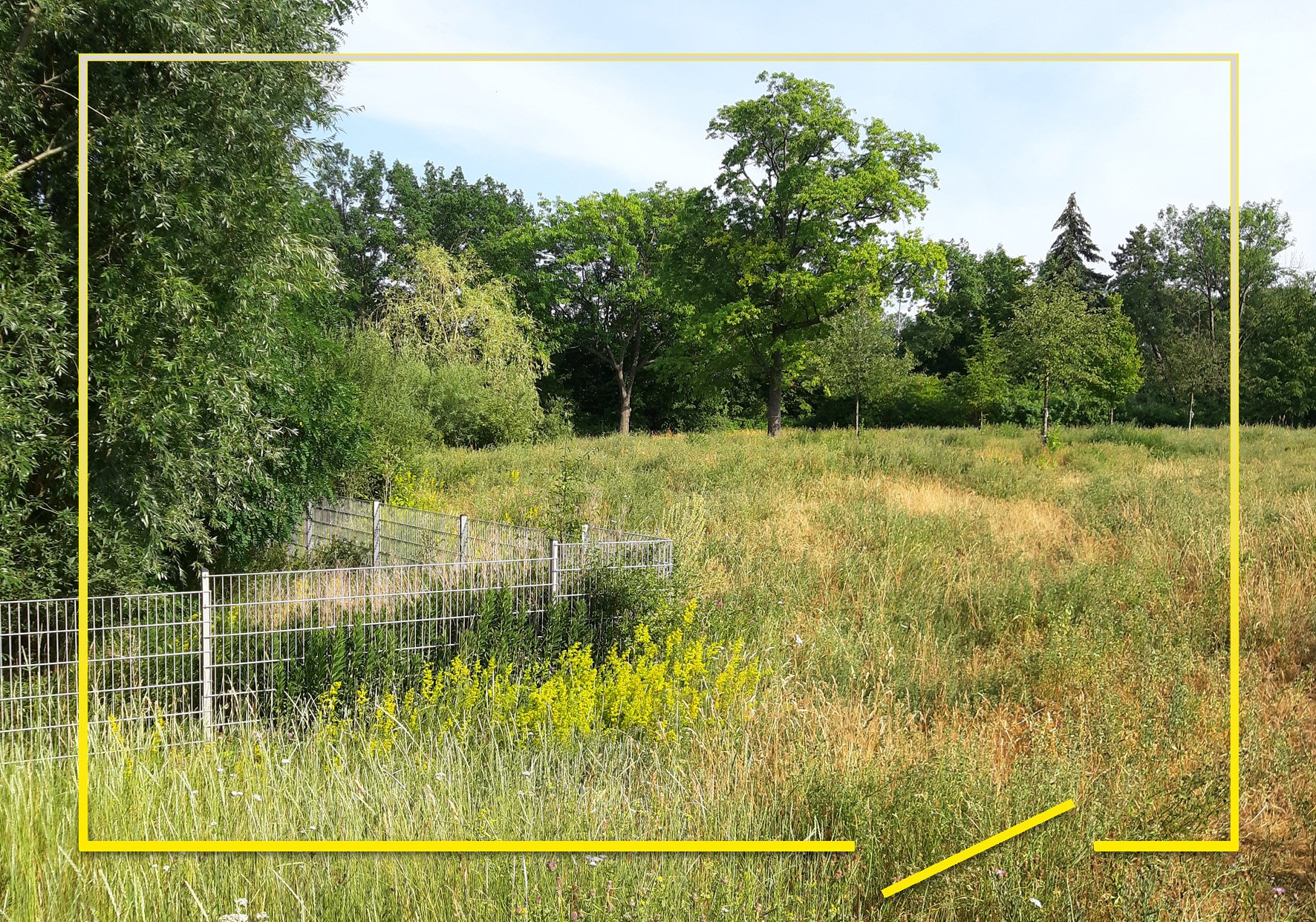 stay hungry was founded in 2014 by visual artists Michel Aniol and Meike Kuhnert as an independent project space with a fixed location in Berlin-Neukölln. In this non-commercial space, under the direction and curation of Aniol and Kuhnert, a multi-layered and cross-disciplinary program is realized in dialogue and collaboration with changing artists, curators, and actors from the independent art and culture scene. Since 2017, stay hungry has been operating as a nomadic project initiative at ever-changing locations in Berlin's public and semi-public spaces, which are mostly based on the intentions and contents of the planned projects and often have these themselves as their subject matter.

stay hungry presents the day-long artistic intervention Hinterland in the Parkanlage Teilestraße on the border of Tempelhof and Neukölln with site-specific works by Jérôme Chazeix, Gabriella Hirst, Theresa Rothe and Markus Zimmermann, as well as the accompanying stay hungry-Mobile Menu #12 in collaboration with Mario Margani.

The intervention Hinterland takes place on a former industrial site between Gottlieb-Dunkel-Straße, Teilestraße and the Teltowkanal, which was rededicated about 20 years ago as the so-called Parkanlage Teilestraße and is located below the A100 freeway bridges in a seemingly secluded area.

Due to its multidimensionality in relation to the local conditions of the site itself as well as to its users, the Parkanlage Teilestraße represents a public space of action that is located on the threshold of nature and urbanity, of transformation and history, and of inside and outside, and therefor connects seemingly contradictory aspects with each other.

Hinterland wants to focus on the situative engagement and temporary appropriation of this hidden park by the four participating artists and their artistic positions in connection with the surrounding social and urban environment. Against the backdrop of an increasingly precarious spatial situation for cultural producers, the intervention thus aims to explore questions about the significance of urban niches and their usability as alternative spatial concepts.

The intervention will be culinary accompanied and interpreted by the Mobile Menu #12 and invites visitors to a free shared meal, linger and discover the site.

Enter the site at your own risk!


Notes on accessibility and infection control:

Seating: Logs
Age groups : suitable for all ages; children should attend the event accompanied by a parent or guardian
Languages : English, German, Italian, Spanish, French
Wheelchair users | strollers : As this is an event in a park, not all places are accessible. It is possible to reach the park via a gravelled path.